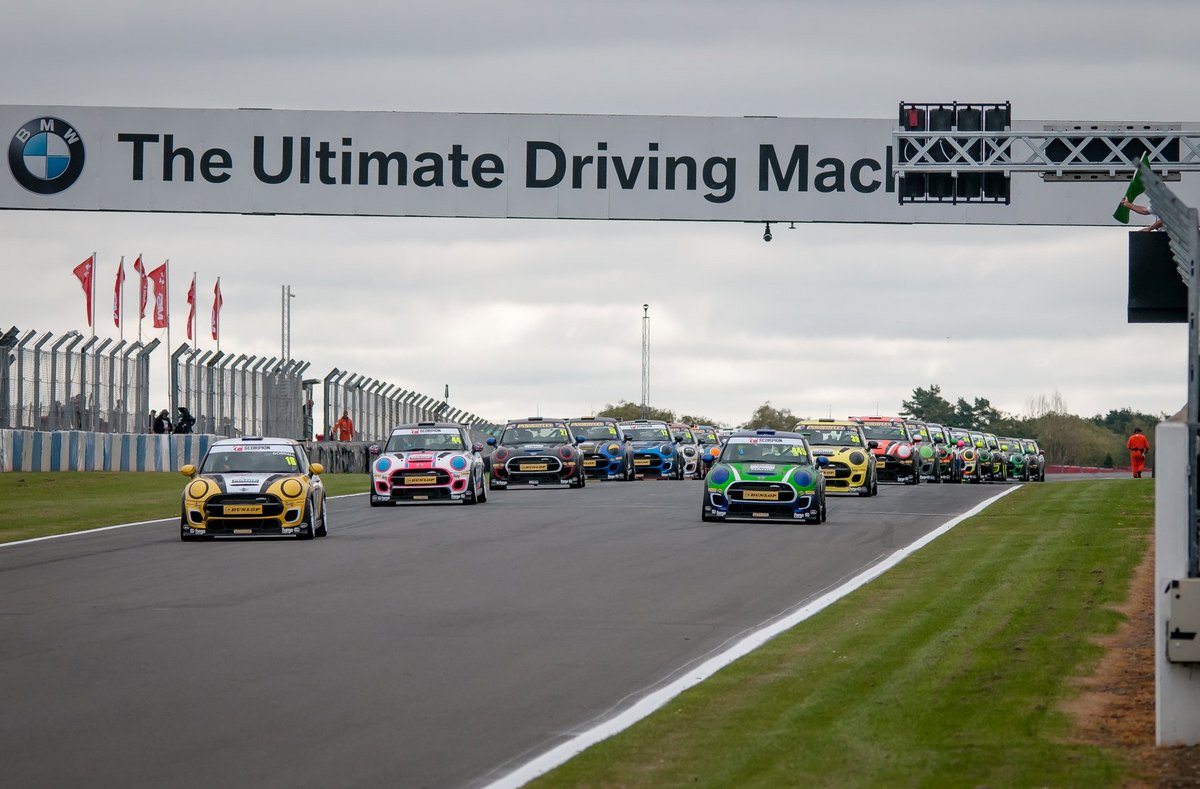 James: “I accelerated and everything felt fine, but when I went to change down from fifth the gearbox just wouldn’t have it,” said Gornall, who cruised back to the pits, where a gear linkage problem was diagnosed. “The linkage had just popped off, so we had to get that fixed, and luckily we had time to get back out and running again“

With just nine minutes of the session to go James’ first flying lap was good enough for second fastest, and his second effort put him on pole. “I definitely didn’t expect the session to end like this, especially with the way it started!” he said. “There was a slight moment of panic, but then it was just a case of getting back out and getting on it. The tyres switch on after a lap around here so it was probably the perfect time to get a lap in. It’s great bonus points for me in the championship.”

James: “I essentially decided to make things interesting by trying to throw it away all on my own. The rear started to slide at the apex, and then the car hit a bump and it was a pretty wild ride from then on. I got back on, but had Dan all over me by that point. There’s an absolute ton of points still to play for this year, so it’s still anybody’s championship. But it is coming down to that point in the season where wins for me are more crucial, and this was a big one. It was a really tough race, not helped by me throwing it off, but luckily I got back on the track in time and did enough to hold on for the win.”

James: “The race was total chaos, and I have no idea how I’m on the podium. It was mad at the start and I really didn’t expect Max to get slowed up so much and it just caught me out. I carried on but wasn’t sure if anything was bent, and then it all kicked off in front of me at the Craner Curves, and I somehow avoided it all. Those last few laps were crazy, too. I made a move on Rory and went across to defend and suddenly there was a hit and then all hell breaks loose. I actually feel really sorry for Nathan. He didn’t deserve that at all.”