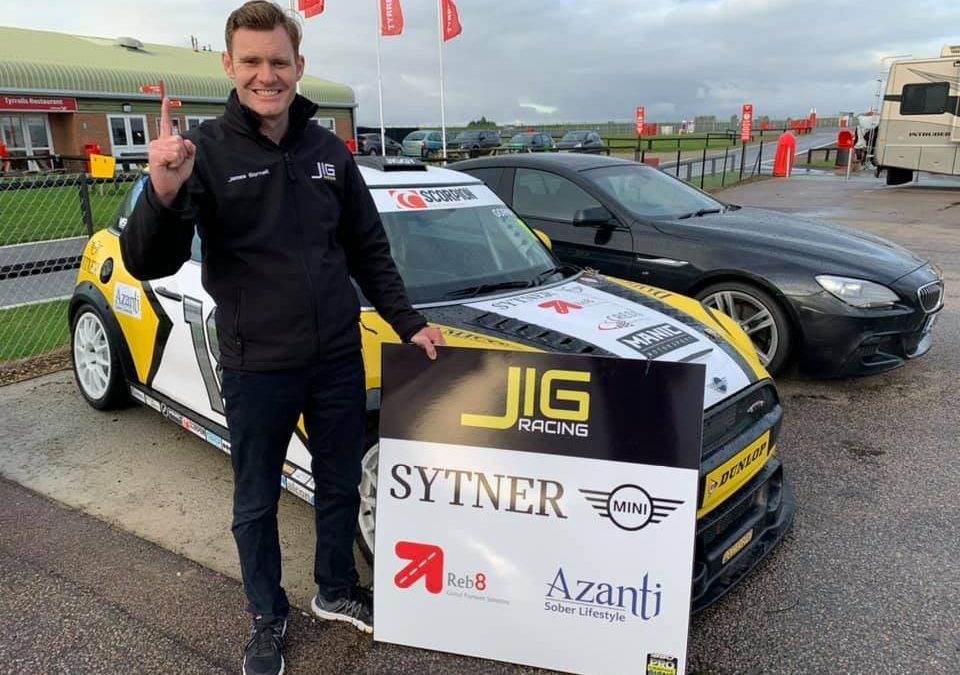 James: “I’ve been in my share of championship deciders, and the biggest thing I’ve learned from them is that you can’t control anything, so don’t plan for anything – what happens, happens, I’m not feeling any pressure, I’ll just approach it like any other round – turn up, drive fast and try to win the thing! The points gap I have isn’t big enough to fully relax, and the last round at Donington showed how quickly things can turn around. We had to rebuild the gearbox on Friday night after sixth gear failed, and then had to reattach the gear linkage in the pitlane during qualifying – yet I went on to be the top points scorer that weekend, when Nathan had his troubles and we saw a big points swing. There’s a load of variables, including the weather, but I don’t mind that as I like the wet.”

James: “I got a bit of skip in the car on that final lap, which cost me a few tenths, otherwise I could have had top spot I think. But it was always going to be close with so much at stake. The start later on will be interesting. Nathan does like to back cars up, so perhaps he could try that and if so I’ll need a good counter. But if I finish second to him all weekend then it’s still job done, so I’m not overly concerned.”

James: “That was a tough race and the car didn’t feel particularly good. It was skipping around a lot and proving quite hard to hold on to. I also had a fair few lock ups on the brakes, and one of them sent me into Nathan, and I’m sorry for that and glad it didn’t cause anything and we both continued. But I was quite happy in third until Dan started getting larger and larger in my mirrors. We’ll have to look at the setup for tomorrow I think.”

“It just doesn’t get closer than that, I’ve never had so much stress in a championship showdown… ever!” said James. “I was already crying, and then I had a blast of champagne in my eyes to help! It just means so much. We’re a small team of privateers fighting against the big boys, and this is such a tough championship. It’s still sinking in that we’ve done it. The race was just frantic. I knew if I finished second to Nathan and scored enough on the fastest lap points that I could do it, so I didn’t want to risk anything. Plus I don’t think I could pass him anyway, he was like a rocket! After we finished I didn’t even know if I’d won it until we worked out who was fastest and when. It’s just amazing!”

So to the future…

“I joined the MINI CHALLENGE to learn front-wheel-drive racing as one day I want to do the British Touring Car Championship. But right now I don’t have a pot of gold, so who knows… perhaps I could come back and try to defend this title? It’s hard enough to win one, let alone two… but I’d certainly have an absolute blast trying.”