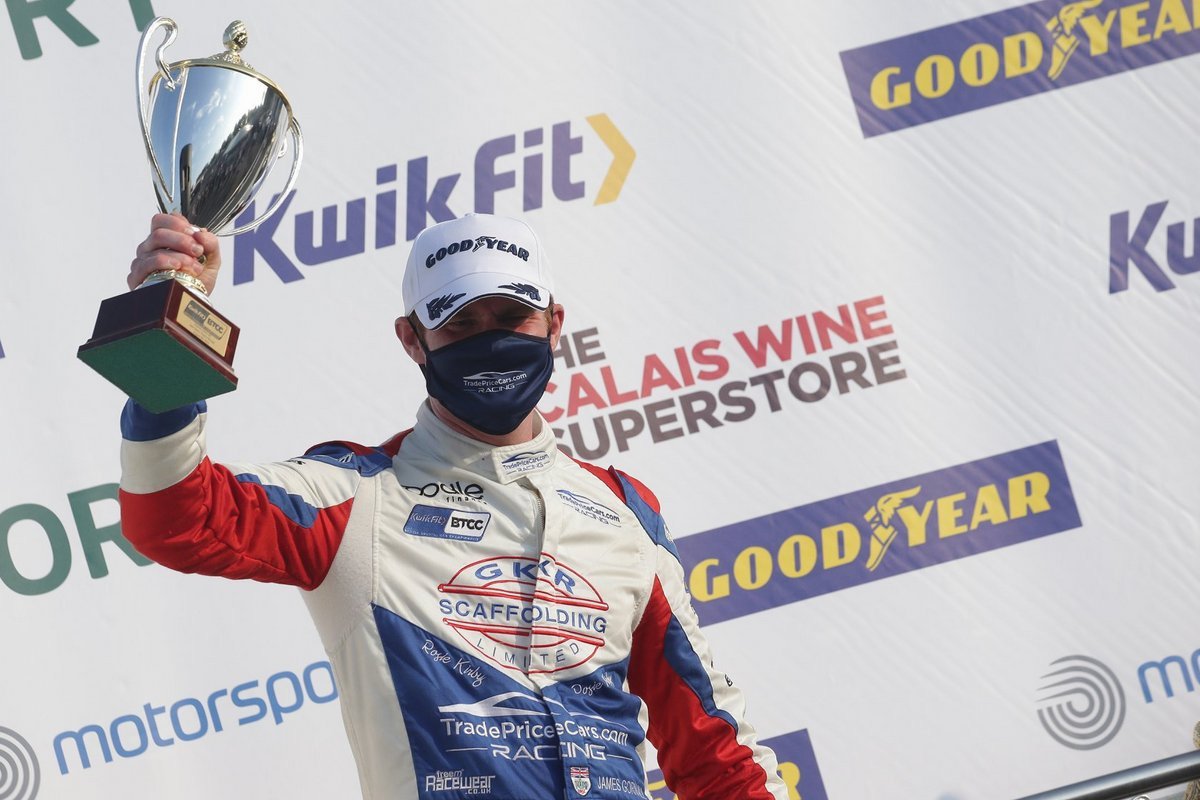 The GKR TradePriceCars.com team enjoyed a strong weekend on home soil with five points finishes and Jack Sears Trophy honours from the second meeting of the Kwik Fit British Touring Car Championship season. The Audi team had made the short trip to Brands Hatch, where James Gornall wasconfident of challenging for points finishes.

The 30 minute qualifying session saw James setting his fastest lap times of the weekend, lining up in 20th spot – the fact that he was just a second off pole position showing how competitive the session had been. 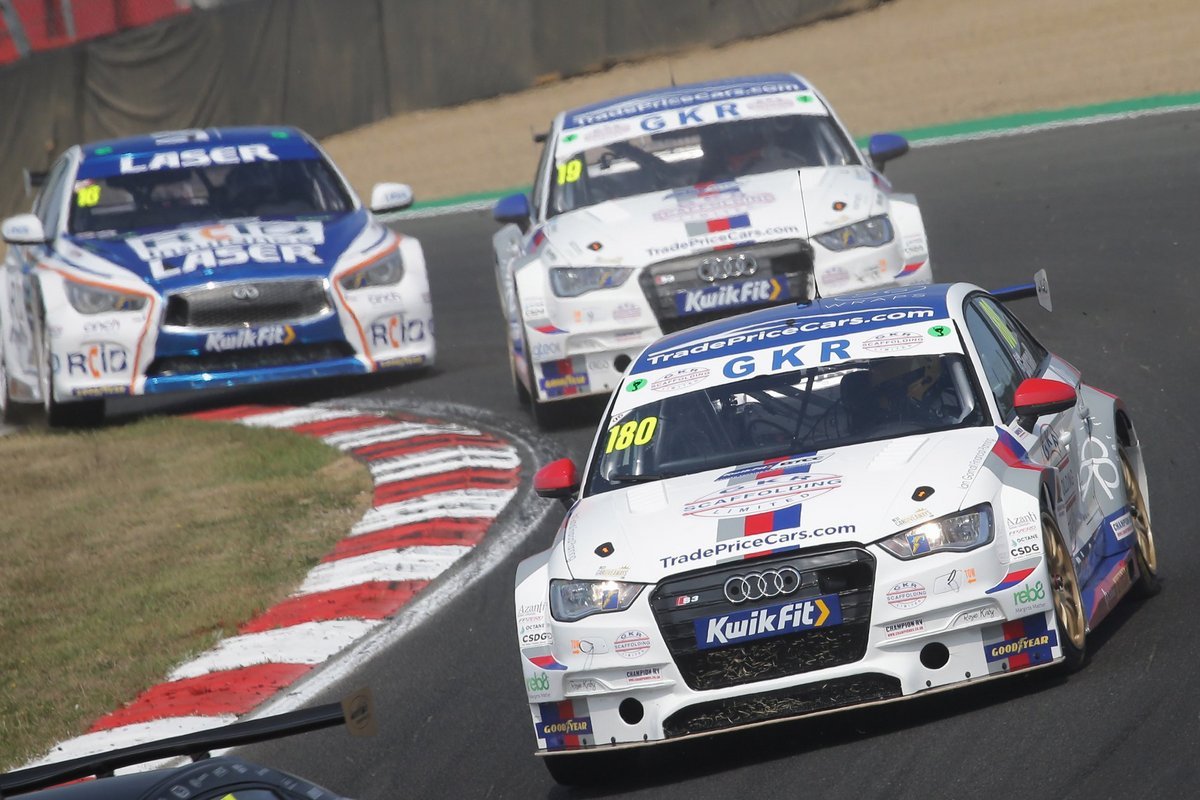 Race 1: James was able to get away from the line well to make up places and found himself leading the team’s challenge as he slotted into 18th. Picking up places, James was inside the points scoring positions by the end of the fifth lap ultimately opening his account with 13th.

Race 2. The pace in race one left the team optimistic about more points in race two, with James completing lap one in 15th. The former British GT Champion raced well to force his way onto the fringes of the top ten as he diced for position with Senna Proctor’s Hyundai and the BMW of Stephen Jelley – eventually securing his maiden top ten finish having pushed the two former race winners all the way to the flag.

Race 3. The reverse grid draw put James on the second row of the grid for race three and he maintained his place through the opening lap after a solid start. Despite not having the outright pace of his rivals, James was able to bring home a fine seventh place after a battling drive on track for his second top ten finish of the weekend – with his results being enough to secure the Jack Sears Trophy.

James sits 12th in the Independents’ Championship after two rounds, with the next event at Oulton Park in two weeks time.

James Gornall, #180 GKR TradePriceCars.com Audi S3, said: “This weekend feels like it should felt at Donington Park before the engine issues we had, so it’s nice to have come into round two and realised our potential. Racing the Audi here has been totally different to anything I’ve done before and I had to learn as I went on. Qualifying was a bit disappointing but I knew we had good race pace doing into Sunday. Races one and two, I think I did well to get into a position where we could benefit from the reverse grid but we just didn’t have the outright speed to match the front-runners. Towards the end, the front tyres had gone but my focus was on scoring some good points this weekend and that is what we achieved.”